I Enjoyed Playing a Huge Bitch in a Lesbian RPG

I guess weirdly for a nerd, I was never very interested in gaming. I have enjoyed some games, like The Walking Dead computer game (zombies are a hook for me) and what I've tried by Christine Love. And before I played this game, I hadn't played a role-playing game since a miserable middle school attempt at D&D. So given my non-gamer-ness, clearly I am the perfect reviewer for this role-playing game!

Origin story for this game, Blossoms In Winter: my and my girlfriend Amy's friend Ben Lehman birthed a historical m/m role-playing game called Hot Guys Making Out. Amy subsequently convinced influenced (Amy: "Convinced is a strong word.") him to write a lesbian game despite his reservations about being qualified to write one. It is still in development, so you can't buy it yet if you're interested. This review is based on a play test. Since Ben is my friend, there is a conflict of interest here, but if I didn't like the game, I honestly wouldn't be writing a post about it, so take that as you will.

In Blossoms' case, the promise of a lot of lesbian content was good bait, but I wasn't sure how much I would like the actual role-playing aspect of it.

Blossoms in Winter is about two high school girls coming out—or not, depending on how you play it. It's set in Taiwan, or as the game puts it, "the version of modern-day Taiwan that appears in TV shows and romance comics." On a smaller scale, it is set in territory familiar to yuri fans, an elite girls' school. Its protagonists are the secretly lonely girl who everyone worships because she is gorgeous, smart, and, most crucially, filthy rich, 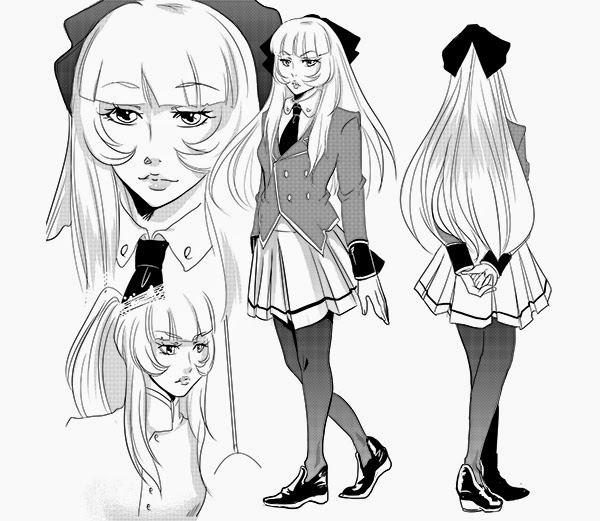 and the earnest, principled scholarship student who attracts bad attention after she and the rich girl hook up. 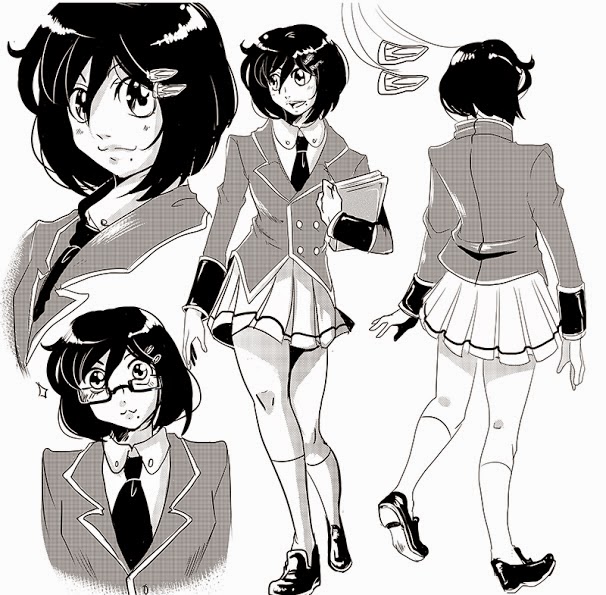 Pictured: the Yumi/Nagisa/Nanako of this game, Peng Lihua
Art by Kamapon

Peiwen is one of Meihua Girls' Academy's four "Beautiful Blossoms", like Oniisama E's Magnificent Three except that they're all friends. Amy and I played as two of the Blossoms who aren't Peiwen.

The game begins the morning after Lihua and Peiwen sleep together, when the magic of their night together has given way to "Oh shit, what does this mean for us?"

The role-playing for this game requires only two people, but you'll obviously get a better experience out of what is essentially improvised storytelling within a set of rules if you have more people. Before starting to play, you'll also want to decide if you want to play this game in one sitting, a regular-length three to six sessions, or an epic-length extended game, which might take a dozen or more sessions. I played this game in one sitting.

You also get a list of places in which scenes can happen, and can set scenes in a limited number of them. And there are some other rules to provide structure, but it would be tedious if I listed them all. I didn't have trouble following them, though.

My girlfriend planned on making her character kind of an asshole, in true high school soap fashion, but she wound up being the good cop to the other non-Peiwen Blossom (played by our friend Karen) and I. In the case of Karen's character, she was very guilt trippy towards Peiwen, but slowly, scene-by-scene, I crafted a blackmailing sociopath. Amy compared my character to Fukiko from Oniisama E, if Fukiko had a media empire and spying drones and a sterile, all-white, cushion-covered office in Taipei 101. The drones and office were my invention. My character card simply reads:


I just took the potential evil of this character to its logical extreme.

Basically, this game took off for me when I was able to start fleshing out my character and take her deeper and deeper into the abyss. I made her closetedly into Peiwen also (the blackmail entailed her and Peiwen having previously been at a lesbian club at the same time), and the other Blossoms were implied queer also. According to Ben, the Blossoms tend to be played as queer.

So there you have it, folks. As much as I love happy love-love romances, I made my character into a coldly vicious, intentionally destructive bitch in the lesbian thing I had a say in, although it was Peiwen's conglomerate-owning mom who ultimately drove the final conflict to its post-high school conclusion. If you want a gentler game, the nice thing about role-playing is that you can go for that when you play, unless you turn out to have fun being a fictional villain.
Posted by Katherine Hanson at 9/14/2014

This came sounds awesome. Where can I buy a copy?

It's not done yet! Art and production have to be finished and I'm hoping it'll be done early next year.

@drawnseeker- What he said! And I'll mention when it's out.

While I imagine myself as more of the classic "global" villain who'd rather strike terror in the hearts of millions, severely scarring one person by becoming a detestable human being works too.
I'll be keeping an eye out on this game. Heaven knows I'd like to play some more games with lesbians in them...and not the "in it only for the sex" kind.