One thing that I've noticed in the past year is how dramatically my tastes have changed, especially with regard to anime and movies. The first show I collected as an anime fan (aside from the dubbed DiC Sailor Moon tapes I got in elementary school) was Fushigi Yuugi, on dubbed VHS. When I first viewed it, my 11 year old, 6th grade mind was mildly scandalized by the PG-13 soap opera antics of the show, yet I became used to it, and, moreover, addicted to it. I ended up marathoning the second season of FY in one night with a friend, watched the second OVA series (I still haven't seen the first; it's supposed to be pretty bad), and got the Limited Edition version of Fushigi Yuugi: Eikoden when it came out on DVD. (Because, zOMG, Miaka and Tamahome got married!!) This past summer I watched it again on YouTube in order to re-experience the magic, and suddenly found that the animation is terrible (like one scene when Miaka runs through a marketplace after Tamahome, and passes by the exact same group of shops, like, three times; and let's not forget the rough pencil sketch drawings that the animators replaced entire scenes of animation with), the writing is cheesy and melodramatic (and not in a fun, "we're not taking ourselves seriously" way), Miaka is annoying, and I can't for the life of me figure out why so many characters love her so much. (Right...reverse harem...shoujo demographic...I forgot.) 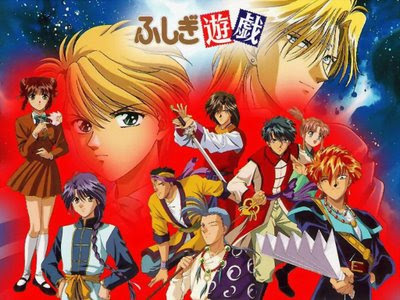 Which leads me to today's impression of volume 1 of the Strawberry Panic light novel, by Sakurako Kimino. The SP anime was one of the first yuri titles I'd seen, that I knew was yuri (i.e. I watched it and thought, "This is yuri!"). Sure I'd seen a few episodes of Utena and the Utena movie, and I knew that Haruka and Michiru weren't cousins. But perhaps because I was in elementary (for SM) and middle school (for RGU) when I first saw them, the whole yuri element just went over my head. (My reaction to the Utena movie: "Pretty colors!! Swords!!! Whoah, she turned into a car!!") But about a month before I turned 16 (June 28), I saw Kannazuki no Miko, a show that had nothing else going for it except the yuri, so it beat you over the head with it in the most ham-handed way possible. Of course, being new to the yuri fandom, I thought it was amazing, and avidly consumed as much of this amazing genre as I could; relying on recommendations from people on YouTube, which basically meant Yami to Boushi to Hon no Tabibito, Strawberry Panic, and the first season of Maria-sama ga Miteru. 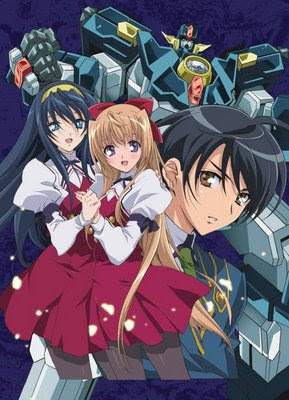 Kannazuki no Miko True Confessions: I used to like this show so much, that when I was in Japan during the second semester of my Junior year of high school, I bought two copies of both volumes of the manga (even though even back then I didn't really like the manga), the drama CD, the OST, and in Akihabara I bought a CD sung by Chikane's voice actress, Ayako Kawasumi. This, combined with the issues of Yuri Hime I bought, the KnM DVDs I had in the U.S., volume 1 of Kyoshiro to Towa no Sora (a series by the same mangaka as KnM, where Chikane and Himeko come back as side characters with new names), and the 70s classic Maya's Funeral Procession made up my yuri collection then. 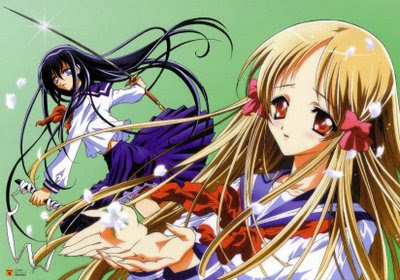 Yami to Boushi to Hon no Tabibito: I could have used a number of other pictures that would have showed how crappy/servicey this overall show is, but I like the main character, Hazuki (the one with the sword). Too bad she didn't get a better show. 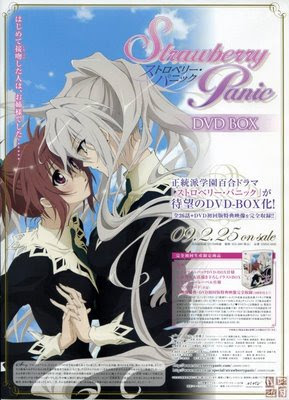 Strawberry Panic: I don't think it's the greatest thing any more, but I still kinda like it. And I love the ending. ^^ 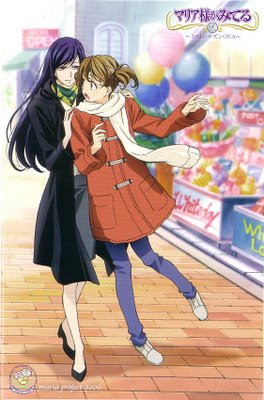 Maria-sama ga Miteru: The only series from my early yuri days that I still think is a great show. (The guy who reviewed season 1 at Anime News Network, Carl Kimlinger, seems to basically agree, although I'm a little miffed that he only gave it a B+. Grr. ) I actually like it more now than I did when I first watched it. I can't wait for the 4th season, this January!! XD (Oh, and notice the "Whiteday" sign in the background. ^^ )

Just over two years after my Summer of Yuri, in which I consumed each new episode of Strawberry Panic as if it were fine ambrosia (zOMG Yuri love POLYGONS!!!), after watching and reading a lot more of the genre (including buying and watching all of Utena, and buying and re-watching the movie), I'm entering the world of Strawberry Panic once again, with a much different opinion. It's cute. It's ridiculous (but that's part of the charm of anime/manga/I suppose, light novels), but it's entertaining, not bad. It's pretty similar to the anime: Nagisa transfers to St. Miator Girls' Academy, Shizuma hits on her, Nagisa makes some more friends/admirers, the sort of story I ate up when I was 16. Nevertheless, this does make for an entertaining read. I hadn't read any light novels prior to this one, so I was surprised at how much the text reads like a manga (which I guess is the point).

The positives: The presentation and translation of this book is extremely well done. Seven Seas Publishing retained the honorifics and everything, even "oneesama." So it's a very smooth read. It's nice for me, with my sugarcoated memories of first watching the anime (and I've recently purchased and re-watched the DVDs released by Media Blasters) to get the same basic story, but tweaked a little to make it somewhat fresh. I like how Nagisa's roommate Tamao isn't the raging pervert she was in the anime. (No, I didn't think the "uniform measuring" scene or "I'm gonna scare Nagisa without her knowing so she'll scream, and I can have her screaming voice recorded on a tape!!" scenes were funny. Jesus, Tamao, no wonder she picked Shizuma.) Plus, I like the over-the-top events of the Etoile competition, and the fact that the novel actually reveals why Chiyo has a crush on Nagisa. (It was actually a cute scene.) After getting past my sniggering cynicism over some of the Harlequin-esque dialogue after reading a couple of pages, I can enjoy it for the drugstore romance novel that it is. Plus, I'm still coming back to the SP franchise for entertainment, (unlike the craptastic Kannazuki no Miko) so there has be something good about it.

The negatives: This isn't anything more than a light romance novel. This series gleefully drowns itself in yuri tropes like an alcoholic with a twelve pack of beer. (Maybe that's why I like it. It's like a fast food franchise: I know what I'm going to get.) I'm still not really a fan of the moe artwork, but it's cute. (D'oh! That's the point!) And of course, to prove how lightweight this light novel is, here's an excerpt from the first page:

Flutter flutter...
All around them, cherry blossoms scattered to the ground. In the middle of a cherry-blossom-colored mist, a larger figure and a smaller figure stood close together atop a hill, surrounded by thick, old cherry trees. Standing atop the gently rolling hill of bright green, the two figures looked like they were floating in a thin, cherry-colored cloud.
"The time has finally come to say goodbye, hasn't it?"
"Oneesama, I...still..."
Fwooo. A gentle breeze blew. It scattered the cherry blossoms again.
Flutter flutter...

It does get better. But I had to stop giggling long enough to get to that part. Now you know what I had to go through each time I started reading this (until I got used to it and could just go with it). Naturally, no matter what good things I say about this light novel, nobody who isn't a yuri fan is going to really be interested in this.