Anime and Manga that start out fabulous (or at least intriguing), then peter out and end with a hollow thud: 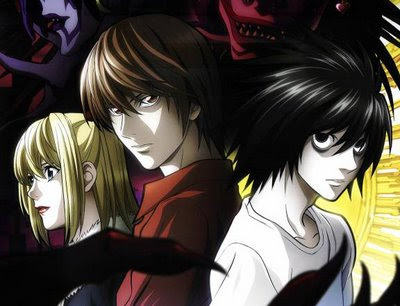 1. Death Note: Could have, should have been one of the all-time greatest series, a la Cowboy Bebop, but quickly grows stale and dull after *SPOILER SPOILER* Light temporarily loses his memory and the police waste episode after episode investigating some corrupt organization. *END SPOILER* I never finished the anime. My last faint memories of it are of Light and L playing ring-around-the-rosie and Matsuda sneaking into that evil corporation, what's-it-called. (I guess it really was evil, because it made Death Note jump the shark.) The later episodes of DN are still better than a lot of the crap I watch (*cough*Koihime Musou*cough*), but they leave a far more bitter impression on me because they began with so much promise and toyed with my expectations. I still like L, though. 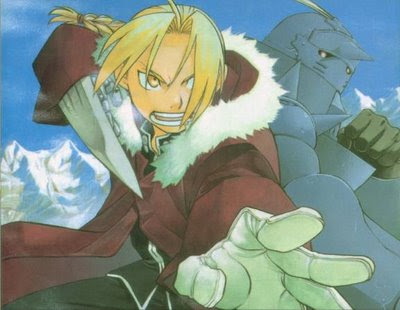 2. Fullmetal Alchemist (manga): Not as bad a case as Death Note. Maintained its awesomeness for over 10 volumes (11? 12?) and was still good last time I read the new chapters (over a year ago). It was just over-long. Maybe I'll check out how it's going again (yes, it's still running) sometime. 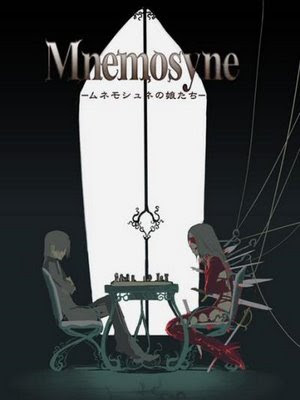 3. Mnemosyne: Actually, I never made it past episode 3. It began so promising: an uber-tough, competent detective named Rin who's immortal and, along with her secretary/hacker extraordinaire and maybe-girlfriend Rin, solves supernatural, film noir-ish cases that are linked to the reasons for her immortality. Sounds pretty awesome, right? Until the series crossed the line from being edgy to exploitive and misogynistic in episode 3. I'm willing to tolerate fan service, but at that point I began imagining the story writers thinking, "Our female characters began too competent and strong. Let's see how much we can make them suffer!" And from what I hear, it only gets worse. Ugh.
Thankfully, that's all I can think of for now. :)
Posted by Katherine Hanson at 9/29/2008 0 comments