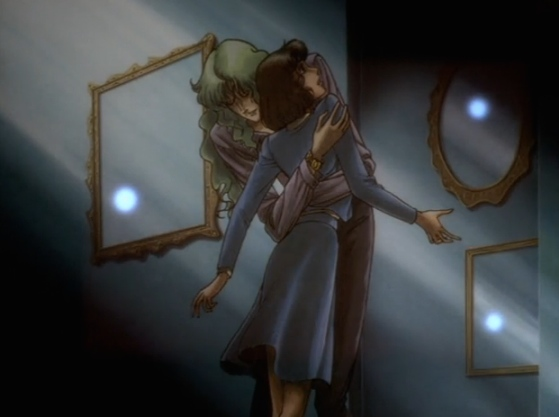 Whoo! I turned 24 yesterday. Today was the Seattle Pride Parade, also. A pretty great weekend, if I do say so. Anyway, onto the recap!

We start out with Nanako and Tomoko practicing English on the way to school, and find out Mariko is coming back to Seiran in time for midterms. Nanako suggests her, Tomoko, and Mariko all having lunch together, and Tomoko's face speaks volumes. 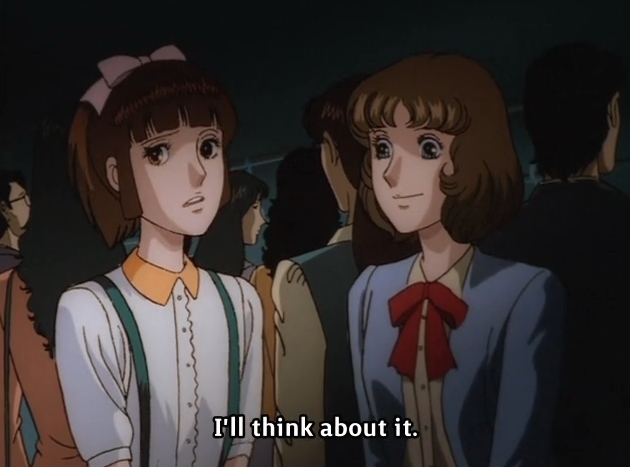 Right now Nanako wants to forget about all the weirdness in her life and focus on midterms, but lol.

Fukiko has her driver pull her car over when she spots Rei, revealing that she can't even lend Rei a book- in this case, a first edition of Proust's quasi-autobiographical Jean-Santeuil novel- without being a dick about it. 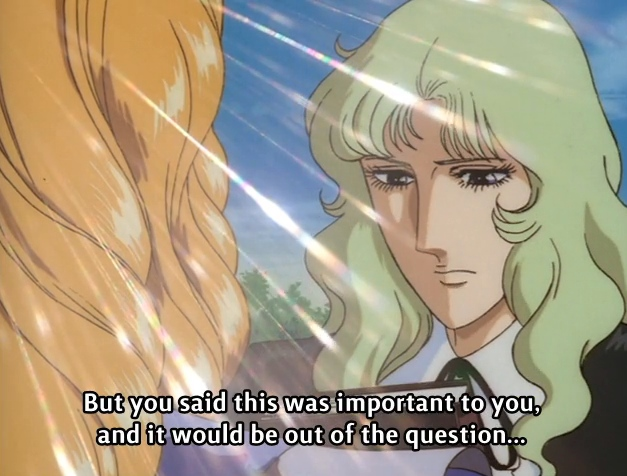 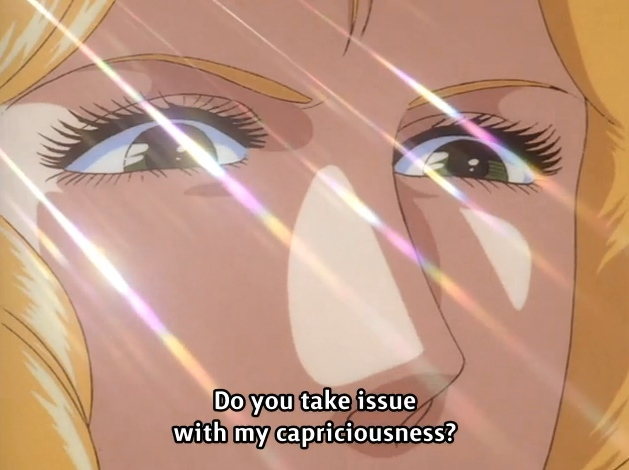 As the camera pans over the school, I realize how much it looks like Strawberry Panic's Astraea Hill from above- or I guess the opposite. 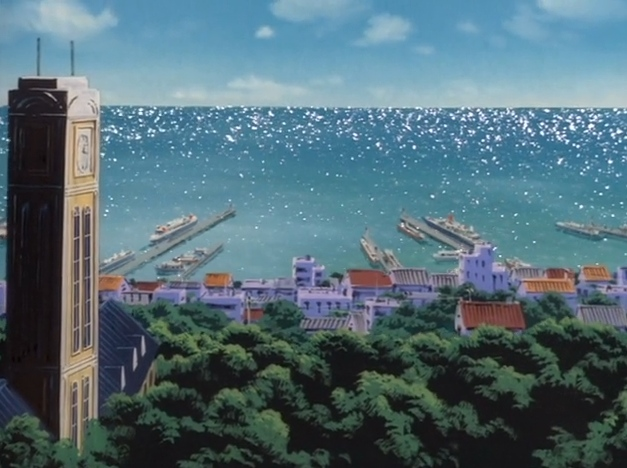 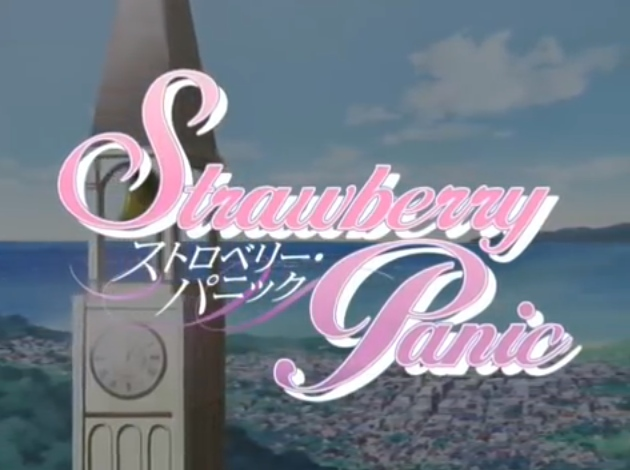 The Sorority members have a meeting in which the oneesama remind the first-years that they have to rank in the top 50 in exams to keep their membership, and Mariko is reminded that being a Sorority member who gets sick without recovering quickly is like becoming a lame racehorse that needs to be shot. 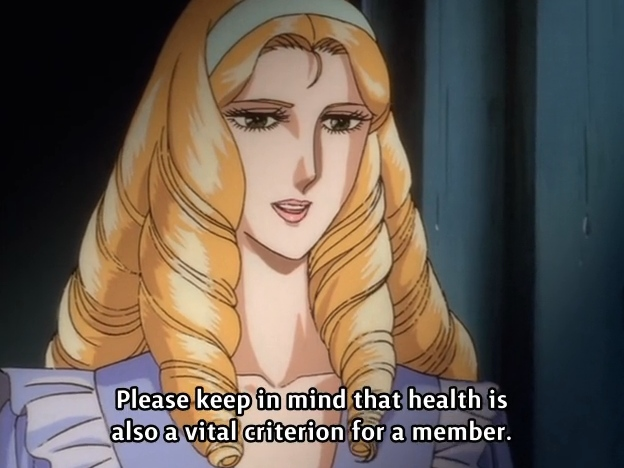 Fukiko finds Rei in the clock tower and asks her to meet her under the school's elm tree at 5:00, when she will take her to her house. We get more of the flapping-birds-representing-suppressed-freedom-or-something imagery that this series frequently uses. (My alternative interpretation is that this show's director just really likes birds.) 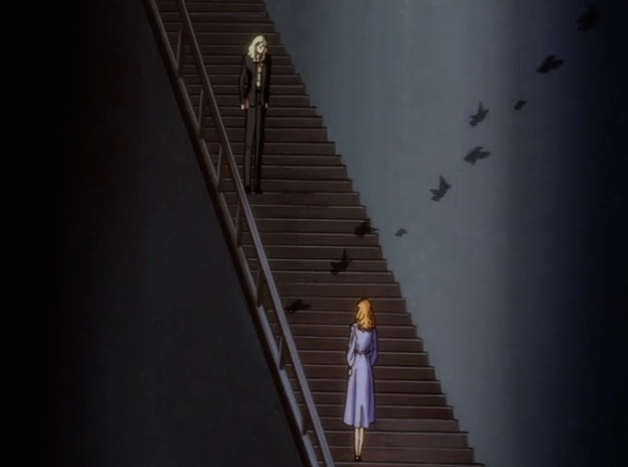 We learn that enough Sorority oneesama have private cars (and presumably drivers) to transport their kouhai to Fukiko's house, and Nanako notices the suitably portentous rainclouds. 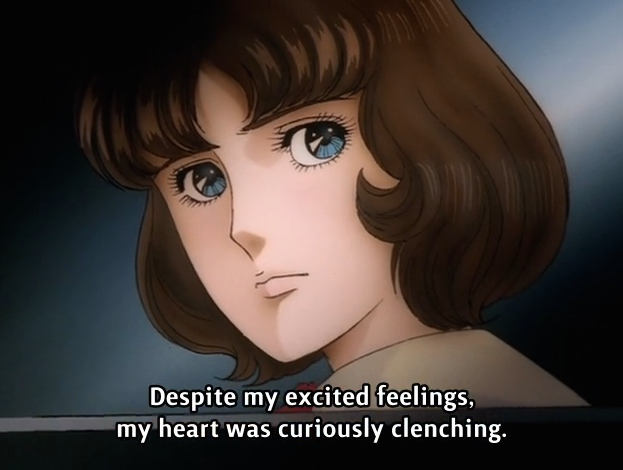 Back at Fukiko's house, Fukiko and the other oneesama tutor the kouhai, with Fukiko especially paying attention to helping Nanako learn about the poems in the Manyoshu. As Nanako recites a situationally relevant poem, we see Rei waiting in the rain under the elm tree. 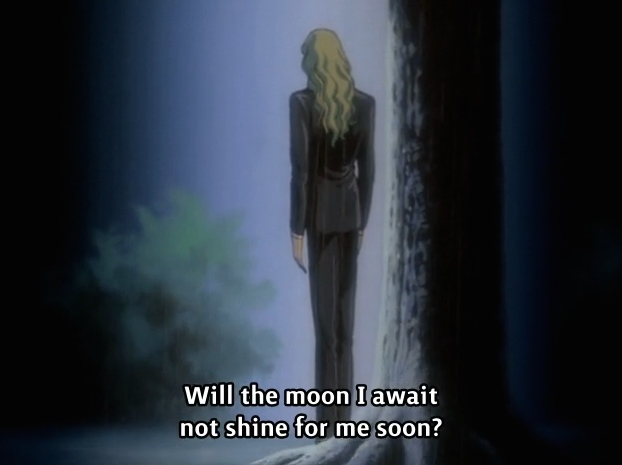 I should note that I am pretentious and like the literary references in this show, as well as in other shows that use them effectively, like Psycho-Pass. (Just about the only similarity you can draw between the two shows.)

Nanako realizes she left her French notebook at school and runs back to get it. Fukiko lends her an umbrella, causing some of the other kouhai to wonder about Fukiko doting on her. (Because I guess letting her get soaked would have been normal.) Fukiko has them break for tea, and plays a ditty on the piano that Mariko recognizes as the piece Rei often plays.

Having found her French book, Nanako is so tired and comfortable resting her head on her arms and listening to the rain (man I know that feeling) that she falls asleep for an hour. 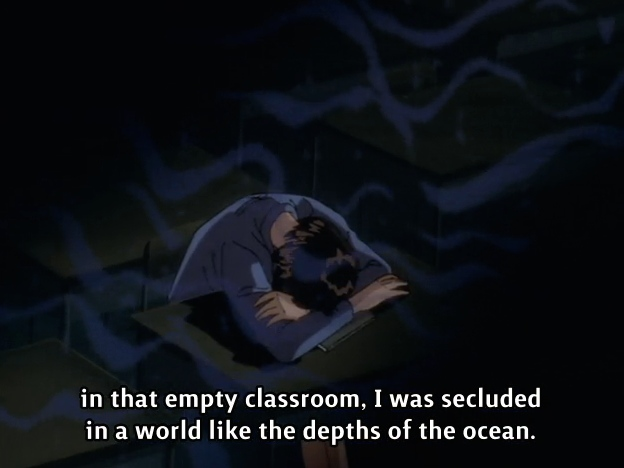 Panicking on her way back to the study group, she sees Rei still waiting under the tree 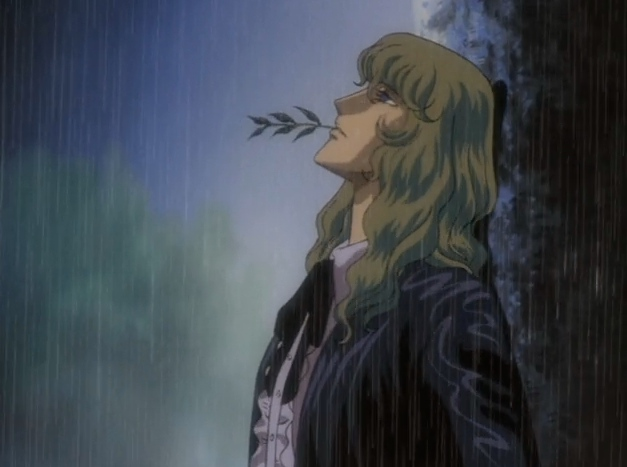 before Rei passes out. The song playing when Nanako catches Rei is the exact same theme that played when Rei pulled Nanako off the bus- their first time interacting- in episode 1. 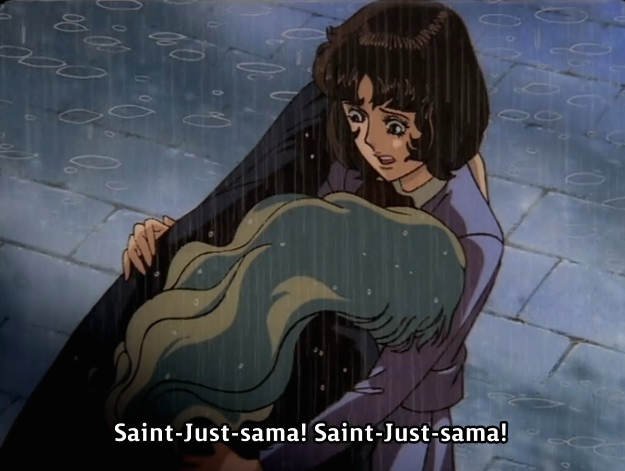 Nanako rides with Rei in a taxi to take her home, but when Rei fully wakes up, this happens 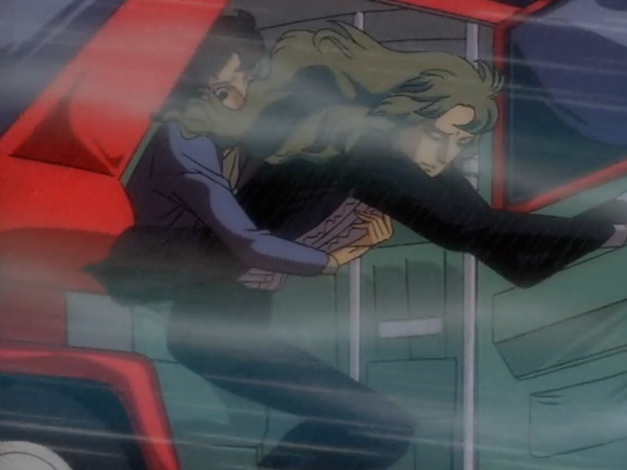 because Rei wants to get back to the elm tree as soon as possible. When she passes out on Nanako again after a surprisingly speedy bout of walking through traffic and over a bridge, Nanako notes she has a fever. Nanako follows her to a flower shop, where Rei tries to make her stop caring in a way that is sad and weirdly kind of touching in execution. (Also, shipshipship.) 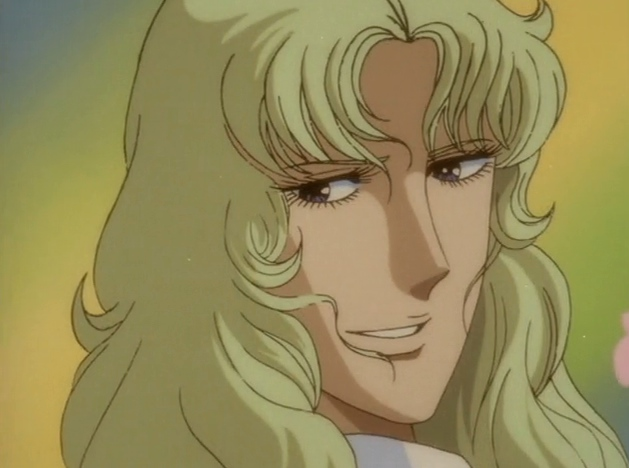 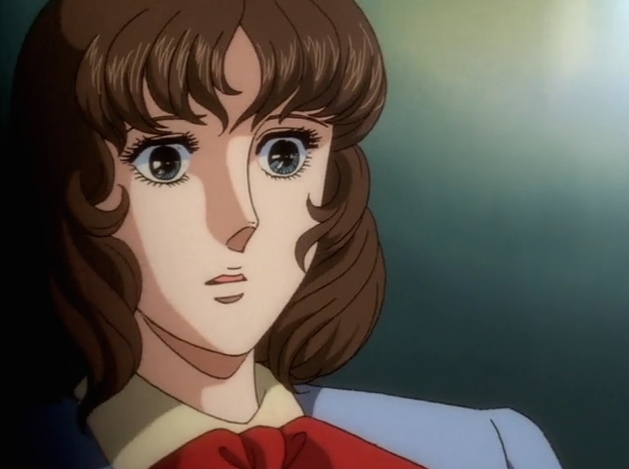 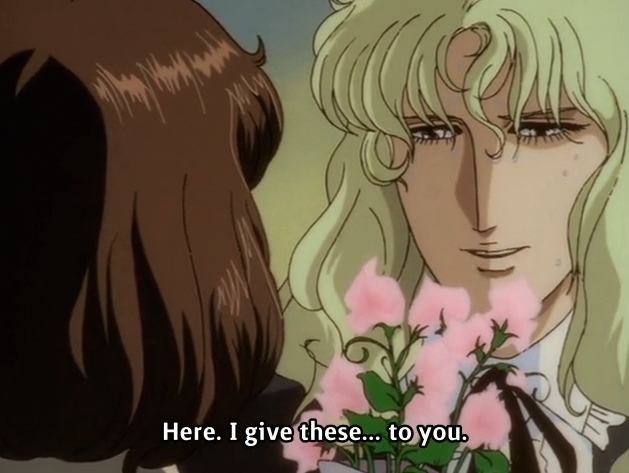 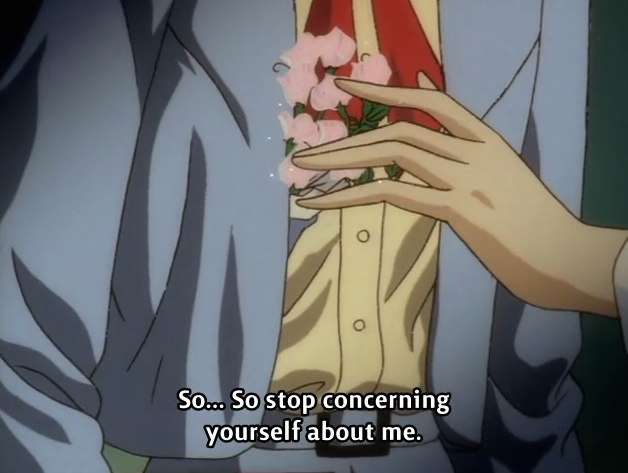 After Rei runs off, Nanako catches up on a bridge over some train tracks, finds out why Rei wants to go back, and tells her Fukiko went home. Rei doesn't believe her, and tries to jump off the bridge to get back because she has a classic rain-induced anime fever and a death wish on some level.

And wow the foreshadowing in this scene. 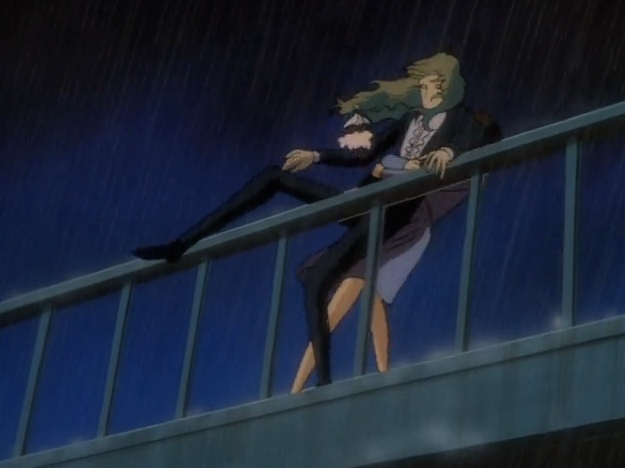 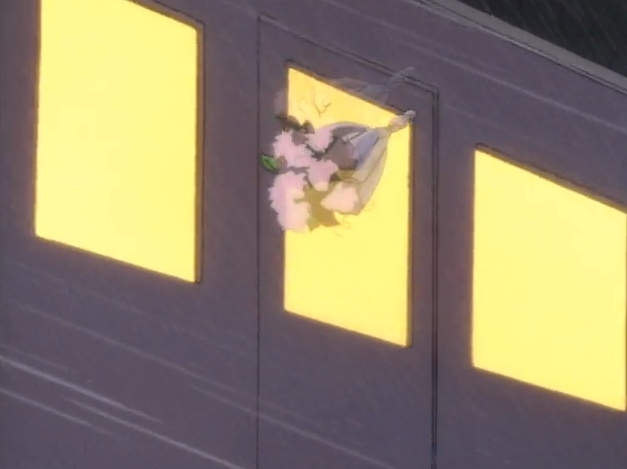 Nanako gets Rei to her apartment and finds that she seems to have no family. She also has the worst decor. 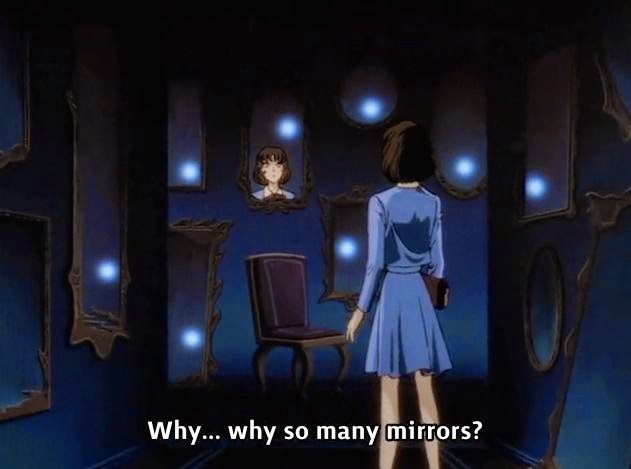 But yeah, what we learn about Rei here sure explains a lot.

Nanako sees The Doll with its accompanying music box jingle, 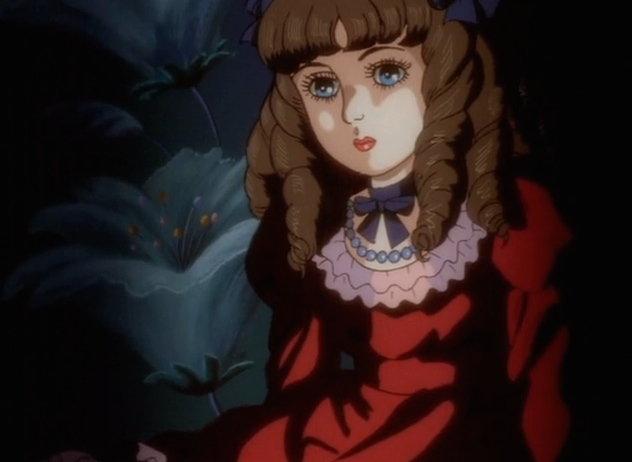 and Rei, thinking Nanako is the doll while saying "my precious doll" in French, hugs her, as in the screencap at the top of this post.

The next episode will bring Kaoru in as a major player again, and bring more of Rei's secrets to light.
Posted by Katherine Hanson at 6/29/2014